Hydropower is energy derived from falling water. More than 2,000 years ago, the ancient Greeks used waterpower to run wheels for grinding grain; today it is among the most cost-effective means of generating electricity and is often the preferred method where available. The world’s largest hydropower plant is the 22.5-gigawatt - Three Gorges Dam in China. It produces 80 to 100 terawatt-hours per year, enough to supply between 70 million and 80 million households.

Small-scale micro-hydropower projects can make a big difference to communities in remote locations.

The basic principle of hydropower is using water to drive turbines. Hydropower plants consist of two basic configurations: with dams and reservoirs, or without. Hydropower dams with a large reservoir can store water over short or long periods to meet peak demand. The facilities can also be divided into smaller dams for different purposes, such as night or day use, seasonal storage, or pumped-storage reversible plants, for both pumping and electricity generation. Hydropower without dams and reservoirs means producing at a smaller scale, typically from a facility designed to operate in a river without interfering in its flow. It is also called "run-of-the-river" projects. Many consider small-scale hydro a more environmentally-friendly option.

Hydro power is a key energy source used for electricity generation in Sri Lanka, which provided almost all the electricity until early 1990s. A large share of the major hydro potential has already been developed and delivers valuable low-cost electricity to the country. Currently, hydro power stations are operated to supply both peaking and base electricity generation requirements. A substantial number of small hydro power plants which operate under the Standardised Power Purchase Agreement (SPPA) and more are expected to join the fleet during the next few years. 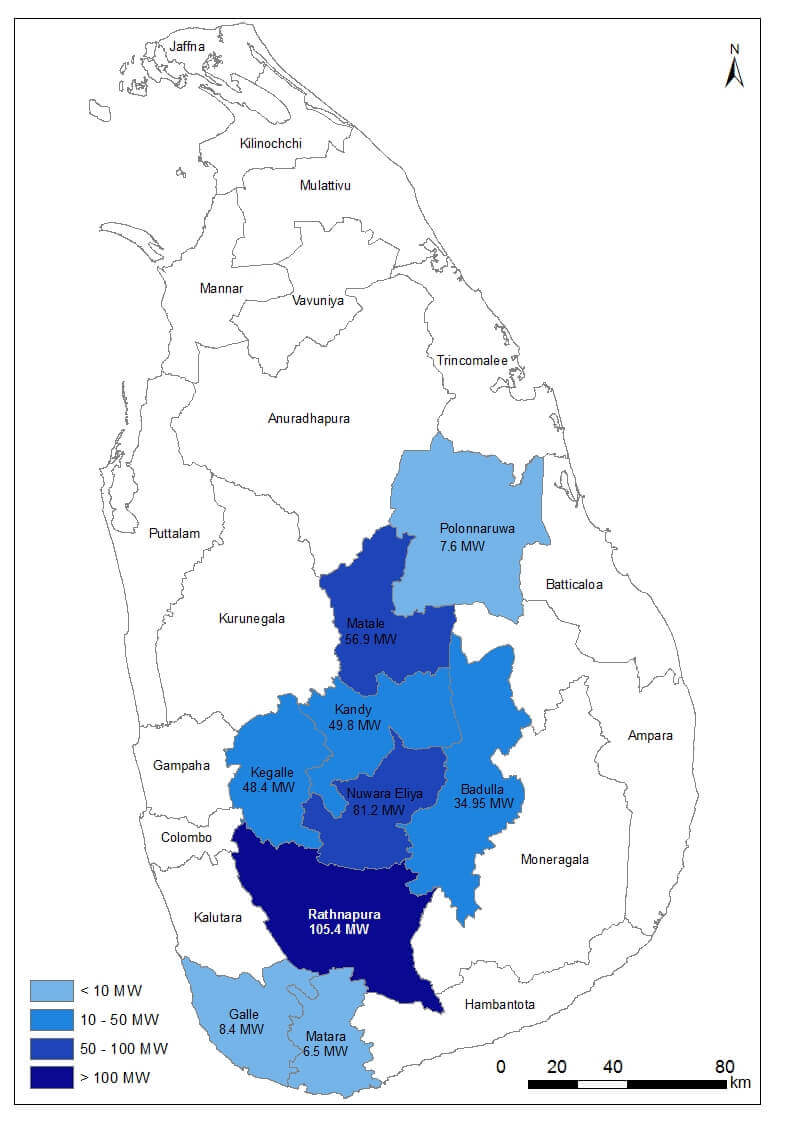