Energy can be harnessed directly from the sun, though only slightly during cloudy weather. Solar energy is used worldwide and is increasingly popular for generating electricity or heating and desalinating water.

Photovoltaics (PV), also called solar cells, are electronic devices that convert sunlight directly into electricity. The modern solar cell is likely an image most people would recognise - they are in the panels installed on houses and in calculators. Today, PV is one of the fastest-growing renewable energy technologies and is ready to play a major role in the future global electricity generation mix.

Solar PV installations can be combined to provide electricity on a commercial scale or arranged in smaller configurations for mini-grids or personal use. Using solar PV to power mini-grids is an excellent way to bring electricity access to people who do not live near power transmission lines.

The cost of manufacturing solar panels has plummeted dramatically in the last decades, making them an affordable form of electricity. Solar panels have a lifespan of roughly 25 years and come in variety of shades depending on the type of material used in manufacturing.

A CSP power plant usually features a field of mirrors that redirect rays to a tall thin tower. One of the main advantages of a CSP power plant over a solar PV power plant is that it can be equipped with molten salts in which heat can be stored, allowing electricity to be generated a few hours after the sunset.

Sri Lanka receives significant amount of solar radiation across all geographical regions. The Global Horizontal Irradiance (GHI) varies between 1,247 kWh/m2 to 2,106 kWh/m2. It is interesting to note that the intensity of solar irradiation in lowland areas is high compared to mountainous regions. This is largely due to the continuous presence of clouds in mountainous areas and the shadowing effect of mountains. The intensity variation of Direct Normal Irradiance (DNI) is similar to that of GHI.

The net-metering scheme, which was introduced in 2010 continued to serve the solar PV rooftop industry with large scale implementation across the country.

On September 6, 2016, the Government launched an enhanced version of the Rooftop Solar PV Programme under the theme “Sooryabala Sangramaya” which converts to “Battle for Solar Power”. Under this programme, excess energy exported to the grid can either be carried forward (as originally done in the net-metering scheme) or encashed (this scheme is identified as net-accounting), at a tariff of LKR 22.00 per kWh during the first seven years and LKR 15.50 per kWh during the remaining thirteen years. The programme attempts to encourage institutional users through a third scheme, known as the micro power producers’ scheme, where all generation is exported through a separate export meter without making any change to the electricity users metering method.

With the significant reduction of cost of solar PV components, the service providers have quickly moved to tap large industrial customers who own large buildings with good roofs for solar PV systems. 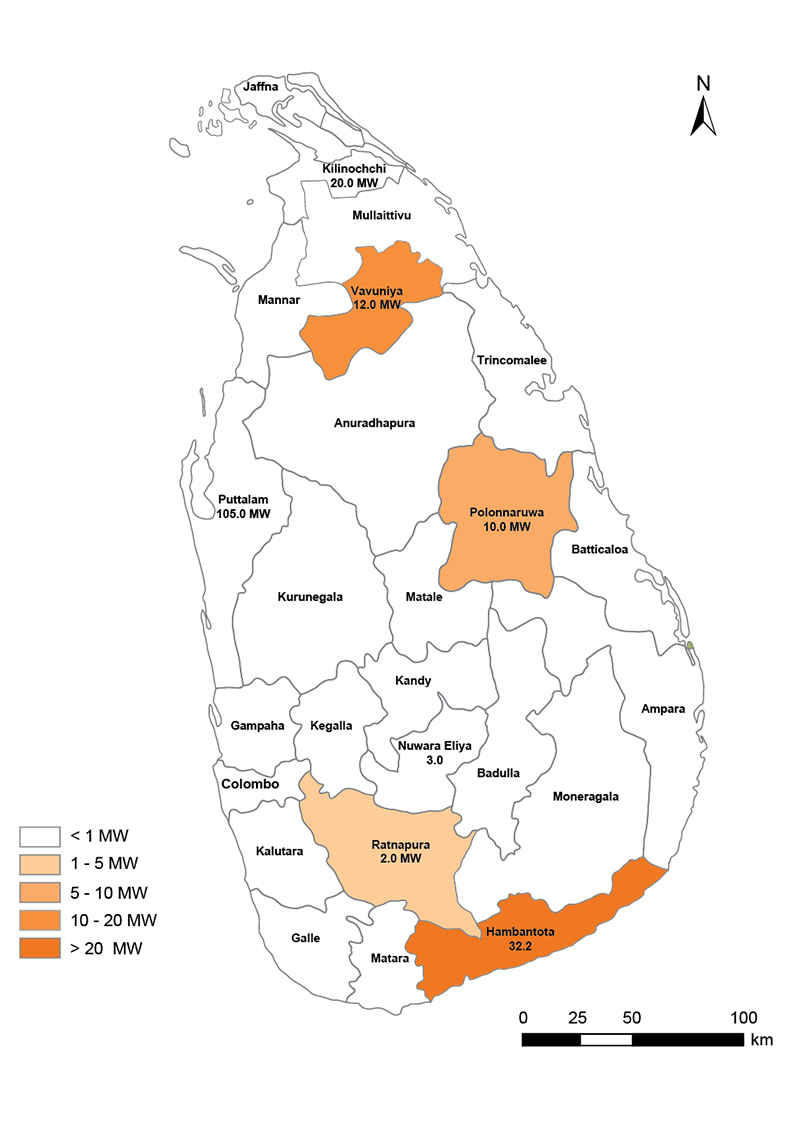 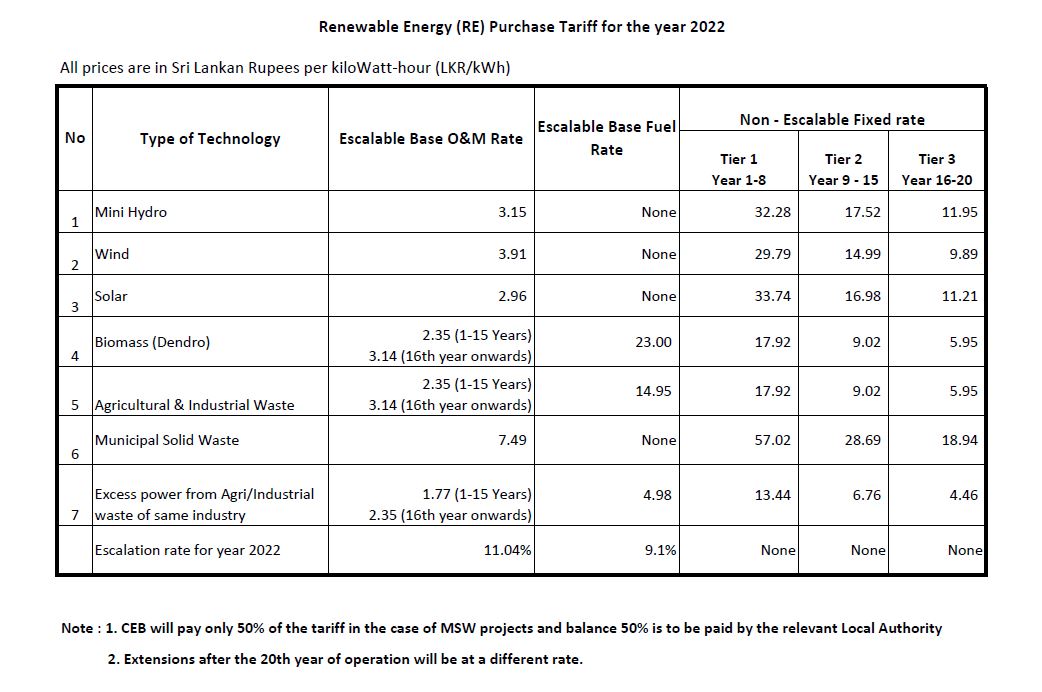