Wind Power is one of the fastest-growing renewable energy technologies. Usage is on the rise worldwide, in part because costs are falling.

Wind turbines first emerged more than a century ago. Following the invention of the electric generator in the 1830s, engineers started attempting to harness wind energy to produce electricity. Wind power generation took place in the United Kingdom and the United States in 1887 and 1888, but modern wind power is considered to have been first developed in Denmark, where horizontal-axis wind turbines were built in 1891 and a 22.8-metre wind turbine began operation in 1897.

Wind is used to produce electricity using the kinetic energy created by air in motion. This is transformed into electrical energy using wind turbines or wind energy conversion systems. Wind first hits a turbine’s blades, causing them to rotate and turn the turbine connected to them. That changes the kinetic energy to rotational energy, by moving a shaft which is connected to a generator, and thereby producing electrical energy through electromagnetism.

The amount of power that can be harnessed from wind depends on the size of the turbine and the length of its blades. The output is proportional to the dimensions of the rotor and to the cube of the wind speed. Theoretically, when wind speed doubles, wind power potential increases by a factor of eight.

Wind-turbine capacity has increased over time. In 1985, typical turbines had a rated capacity of 0.05 megawatts (MW) and a rotor diameter of 15 metres. Today’s new wind power projects have turbine capacities of about 2 MW onshore and 3 - 5 MW offshore.

Commercially available wind turbines have reached 8 MW capacity, with rotor diameters of up to 164 metres.

Sri Lanka is the country which first used wind for an industrial application, in iron smelting furnaces dating back to the 3rd century B.C.

An all island Wind Energy Resource Atlas of Sri Lanka was developed by National Renewable Energy Laboratory (NREL) of USA in 2003, indicates nearly 5,000 km2 of windy areas with good-to-excellent wind resource potential in Sri Lanka. About 4,100 km2 of the total windy area is on land and about 700 km2 is in lagoons. The windy land represents about 6% of the total land area (65,600 km2) of Sri Lanka. Using a conservative assumption of 5 MW per km2, this windy land could support almost 20,000 MW of potential installed capacity. If the windy lagoons are included, the total theoretical wind potential increases to approximately 24,000 MW. 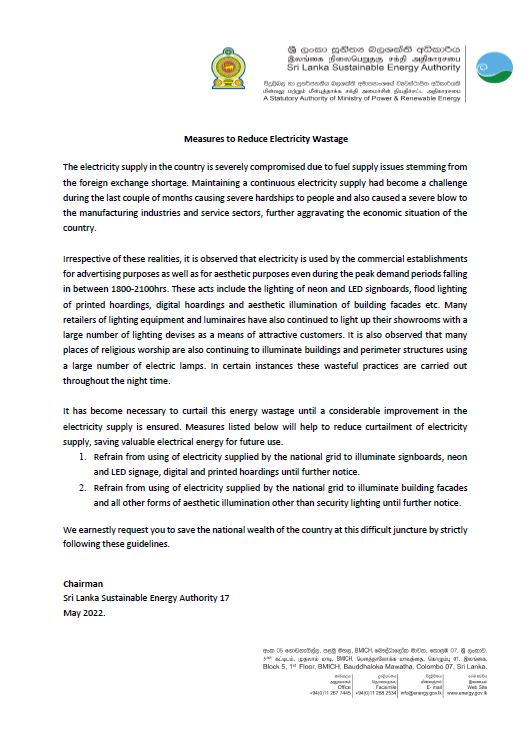